Pearn Kandola worked over a six month period with a specialist training team within the Learning and Organisational Development department of NFU Mutual to prepare individual team members for the new demands of a team restructure, but also with the team as a whole to build greater mutual accountability and to reflect the symbiotic relationship between individual performance and whole team dynamics. The program accommodated the natural turnover of team members over time; learning was shared with new incoming team members and also taken by leaving team members to other new roles and teams. Key stakeholders in the organisation have seen a recognisable and sustained change both for individuals and for the team as a whole.

The team was undergoing a “realignment exercise” which affected team structure, team culture and individual competency requirements. Building on initial successes within the team the programme adopted a strong positive approach that engaged all team members in understanding what they needed to do as individuals, as a team and with respect to one another to achieve further change. This created a strong sense of mutual accountability within the team with each person sharing responsibility for helping others to succeed. Culturally there was to be a marked shift towards greater cross-collaboration, understanding and support between all team members.

The team was changing from an entirely centralised function to one that included new regional roles bringing the team closer to its internal customers. This led to a stronger emphasis on consulting skills and working as business partners to shape and source the best bespoke training solutions, rather than using a more transactional “training menu” approach. Individuals would need the confidence, knowledge and professionalism to exercise greater autonomy and develop trust with customers. At the same time, they would need to draw on one another’s strengths and work in closer partnership with each other to deliver.

The programme included a two-day event with 1:1 coaching both before and after the event. It culminated in a six-month follow up day where the team could review its progress and recommit to further individual and team development goals. Participants completed personality questionnaires, received 360 degree feedback and, as a team, worked through a simulation of a training project that incorporated discussion, role-plays and a presentation. They received individual competency based feedback but were also observed and given feedback collectively against a team performance framework. A range of powerful team exercises helped to integrate individual performance into an effective whole.

“Pearn Kandola are highly professional, exceptional business experts in this field of psychology. Not all companies will invest in bespoke Development Centres because that’s where cost is. But in this case, that’s where the value is. I’ve never had a team come off a programme and so actively share their Personal Development Plans so effectively. Some of the key indicators around their effective team working have immediately manifested themselves. One year later I am seeing sustained improvement in how the team i working and individuals effectively fulfilling their new roles” said Helen Pullen, Group Learning & Development Manager at NFU Mutual.

The role of coaches was critical in supporting individuals through the program and exploring the interactions between team dynamics and individual effectiveness. Working together with the team over an extended period enabled coaches to help participants prepare, reflect and commit to action, delivering far deeper change than from a stand-alone single event.

Helen continued, “I appreciated how Pearn Kandola reflected our past successes in their design. It’s easy for a training provider to look at things negatively and only focus on where things need improving. I was also pleased with the sensitivity of the approach. The participants were anxious but the Pearn Kandola coaches made sure they were cared for. The role plays and activities were congruent with the roles and responsibilities that people would be taking up and that was spot on. It felt real and unlike similar development centres with other providers participants were appropriately stretched. The personable style of the coaches built trust and allowed participants to open up to some challenging questions.” 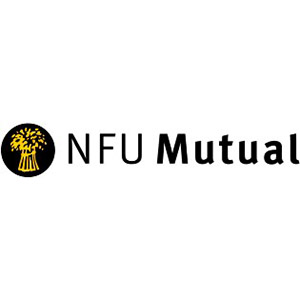 Keep in touch to receive relevant news, views and event information from us